at 3:00 p.m. on January 17th
at Rocket Mortgage FieldHouse

The Cleveland Cavaliers will celebrate and remember Dr. Martin Luther King Jr., the pastor, activist and humanitarian who led African American civil rights movements, on January 17th when the team takes on the Brooklyn Nets at Rocket Mortgage FieldHouse in a special afternoon 3:00 p.m. game.

The game will be dedicated to recognizing the remarkable accomplishments of Dr. King. From touching video montages played on Humongotron, to special routines from the Cavaliers Entertainment Teams, as well as a powerful MLK-themed halftime performance by famed speed painter David Garibaldi, the game presentation will honor the life and legacy of a man who changed the world through his commitment to racial equality, voting rights and economic justice for all people, regardless of race.

“As we celebrate Martin Luther King Jr. Day, we not only remember all MLK accomplished to advance civil rights in our great country, but we also honor his legacy by recognizing the great accomplishments of African Americans of today,” said Kevin Clayton, Cleveland Cavaliers VP Diversity, Inclusion & Community Engagement. “It is our goal to inspire the future changemakers of tomorrow to realize their own dreams.”

The Cavaliers will also recognize young changemaker, Nia Terrell, as the community “DIFF Maker” of the game. Passionate about computer science and closing the gender and racial gaps in technology, Nia was a 2020 Stop the Hate® essay contest finalist and established a “Girls Who Code” chapter during her senior year at Charles F. Bush High School. The Stop the Hate® contest is an initiative of the Maltz Museum of Jewish Heritage and celebrates Northeast Ohio students committed to creating a more accepting, inclusive society by standing up and speaking out against bias and bigotry. Nia is also being recognized as part of the fourth installment of the ongoing award-winning social justice initiative “Team Up for Change,” hosted by the Cavs and 12 other NBA and WNBA teams. 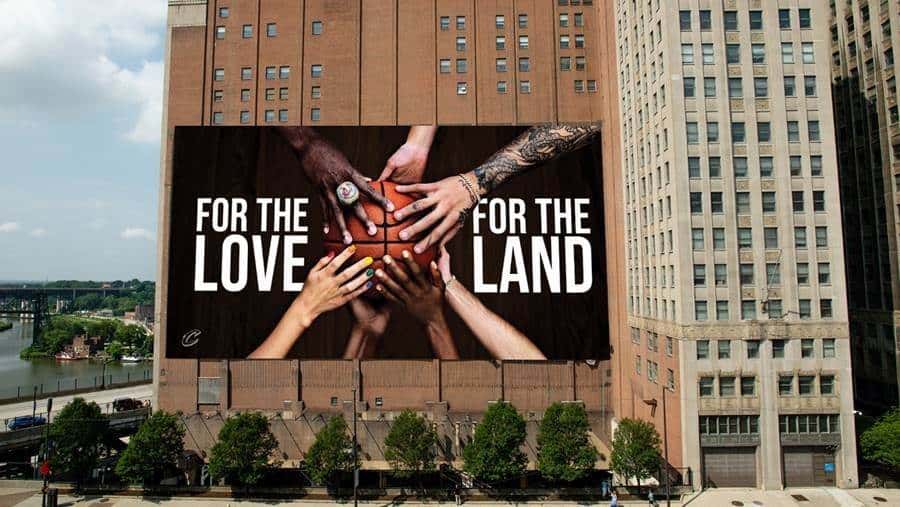 The Cavs unveiled the “For the Love. For the Land.” banner that hangs on the Sherwin-Williams global headquarters wall in downtown Cleveland last year around MLK Day. The commitment to embrace unity and come together in a common bond of love for each other in the spirit of MLK continues today.

The celebration will also extend off-the-court and into the community as members of the Cavs Youth Sports Program will host a special FREE MLK Day Clinic for kids ages 8-17 from various local community groups at Thurgood Marshall Rec Center on Cleveland’s West Side earlier in the day. The clinic will start with a brief conversation with the coaches and participating youth about what MLK Day means to them. Following the basketball clinic, the afternoon will end by encouraging participants to fill out a worksheet with the prompt “what is your dream to help make our community a better place” and share their responses. Each participant will receive a Cavs t-shirt and tickets to the game later that night.